The estranged wife of Silvio Berlusconi has revealed for the first time her reasons for seeking a divorce from the Italian Prime Minister, accusing him of lying to her during their relationship.

Veronica Lario spoke of her anger and pain after her husband’s attendance at the 18th birthday party of the aspiring lingerie model Noemi Letizia.

The leader’s private life has been the focus of a long-running furore over his relationship with women, most recently with the release of audio tapes purportedly recorded while he spent the night with the prostitute Patrizia D’Addario last year.

The Veronica Trend, an updated biography of Ms Lario to be published on Wednesday, is based on interviews conducted by the author and journalist Maria Latella, with the Prime Minister’s wife of 19 years.
It is the first time that Ms Lario presents her side of the story since announcing her divorce.

That night Mr Berlusconi attended Ms Letizia’s party and pictures of the girl and her parents were splashed across the front pages of newspapers and magazines.

At the time, Ms Lario expressed her personal disgust with a husband she claimed had never turned up at the 18th birthdays of their three children.

Mr Berlusconi denied ever having an improper relationship with Ms Letizia, after his wife accused him of “cosorting with minors”.

Ms Lario said: “So it’s best to divorce. I don’t know where I get that conviction, that strength. Anyway, he’s the one who’s reduced me to this. I could have gone on like this for years, but like this it’s impossible.”

On May 4, Ms Lario’s lawyer Maria Cristina Morelli announced Ms Lario’s intention to divorce. “I think I have no choice but to separate,” Ms Lario told Ms Latella in late April.

“Why don’t you talk, you and your husband?” asked Ms Latella. “I can’t. He would tell me his umpteenth lie and this time I couldn’t stand it,” Ms Lario replied.

Ms Lario told Ms Latella: “I can’t condemn myself to being his wet nurse, I can’t stop him making himself look ridiculous in the eyes of the world.”

Ms Latella also claims that members of Mr Berlusconi’s intimate circle advised the couple to separate and for Ms Lario to “return to her husband’s side” to support him while he sought help at a clinic to cure sex addiction.

“This scenario hasn’t been completely ruled out, and much will depend on how much the media (especially overseas) continue to be fascinated by Berlusconi’s private life,” Ms Latella wrote.

The book also discusses the anger of Barbara Berlusconi, the Prime Minister’s eldest daughter who apparently threatened to break off relations with her father after newspapers backed by Mr Berlusconi published articles denigrating Ms Lario when she announced her intention to divorce him.

They have since been reconciled. The revised book says the Prime Minister is believed to back an uncontested divorce. 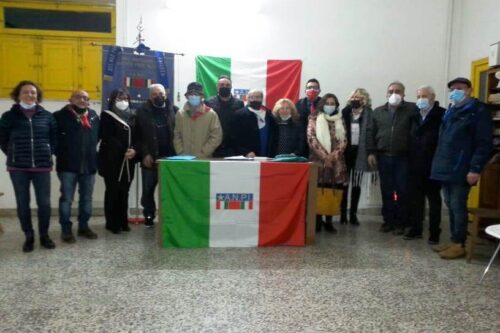 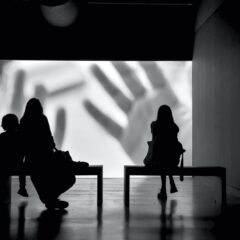